It's not only the most powerful model yet, but the contract hire Skoda Enyaq iV 80x SportLine also offers all-wheel drive.

It's based on the firm's bespoke platform for electric cars, and this model is the line-up’s range-topper.

Prices start at £46,610 and unlike the standard Enyaq iV, it has two electric motors onboard.

These deliver a combined power output of 261 bhp with torque of 425Nm - that's a power upgrade on the standard sibling from 201 bhp and torque of 310Nm.

The power makes the Skoda Enyaq iV 80x SportLine car lease model the quickest in the range with a 0 to 62 mph sprint time of 6.9 seconds.

The top speed is restricted to 99 mph.

The power comes from the 82kWh battery, it's the same one that is used in the siblings, and it delivers a range of 303 miles.

In addition, the battery can be recharged in 38 minutes to 80% of its capacity. 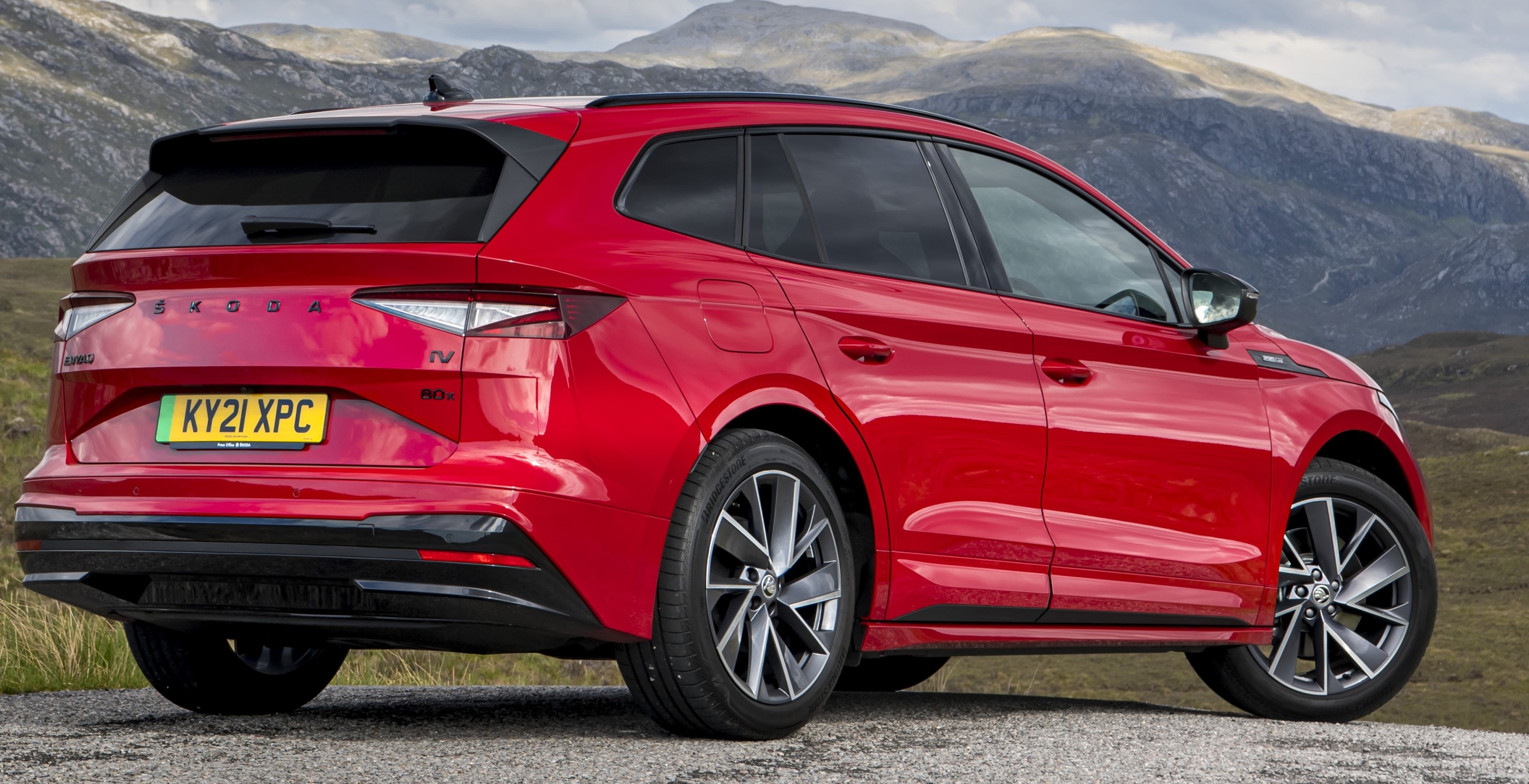 One of the big differences for the 80x SportLine lease is that there's a sporting chassis setup.

Skoda has lowered the ride height by 15mm at the front of the car, and at the rear, it's dropped by 10mm.

Also fitted as standard is the firm's 'drive mode select' system so the driver can adjust the car's powertrain settings to either be efficient or deliver performance.

Progressive steering has also been added, and adaptive suspension dampers will be available as an option.

This is an SUV designed to deliver performance with strong acceleration and great levels of agility - mainly down to the lower centre of gravity.

Interior of the 80x SportLine

The interior of the 80x SportLine is impressive with a carbon fibre-effect dashboard, along with black leather upholstery that has grey contrasting stitches.

Some models feature sports seats that are finished in black leather and Alcantara, and the steering wheel has also been given grey detailing.

Drivers also get a multifunction sports steering wheel in leather and with three spokes as standard and this enables various vehicle functions to be easily controlled with the buttons and wheels.

The contract hire Skoda Enyaq iV 80x SportLine is available to order now with deliveries starting later this year, and this is one electric SUV where the leasing deals should be checked.