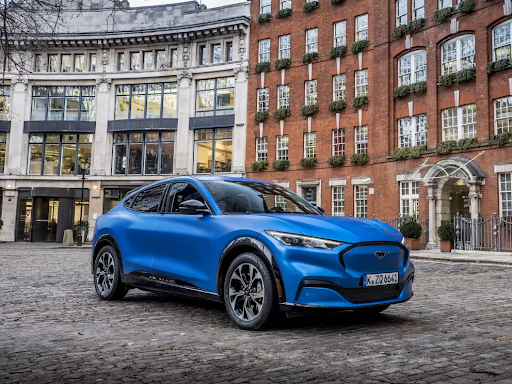 Ford will release seven new electric vehicles in Europe by 2024. The new range will include three cars and four commercial vehicles. The first release will be a crossover that uses VW's MEB platform. The latest additions to the Ford Model E division will join the Ford Mustang Mach-E and Ford E-Transit.

Ford's former Head of Europe, Stuart Rowley, revealed the news earlier this month. He described it as a pivotal moment in the manufacturer's long history. It is the first big step by Ford towards their goal to be net-zero emissions by 2035 when they will only sell electric vehicles. Rowley stated that Ford plans to “establish quality as a reason to choose a Ford." He wants to "lead Ford’s drive to improved efficiency, reduced complexity and a lean, fully competitive cost structure.”

With the announcement of an incoming ban on new internal combustion engine (ICE) vehicles in 2030, we're excited to see the new Ford electric range. Ford is yet to reveal many of the details of the new range, and they will announce more in the coming weeks. But we've put together everything available about the upcoming Ford electric vehicles.

At the beginning of March, Ford announced that it would be releasing seven new all-electric vehicles by 2024. The announcement is unsurprising given the global shift towards electric cars, but that doesn't make it any less exciting.

The first new car to be launched is expected in 2023 and will sit below the Ford Mustang Mach-E. It's a medium-sized, crossover SUV that is likely to be based on the Volkswagen I.D 4. They will make the new crossover all-electric SUV in Ford's new EV factory in Germany.

The second electric vehicle to be built at Ford’s factory in Europe will be a sports crossover. It's likely to use the same platform as its predecessor but with higher performance features and accessories. While details are relatively sparse, most industry experts believe it will be a direct competitor of the Volkswagen I.D 4.

The final electric car of the new releases will be the new all-electric Ford Puma. Ford plans to create an electric version of the current fuel-based small crossover SUV that lives up to its reputation. In a move to make more efficient use of its production capacities, Ford will be phasing out the Ecosport model with the release of the Puma.

Jim Farley, the CEO of Ford, is conducting a major shake-up that will see Ford separate their electric business from combustion engines. Ford's electric car division will now be Ford Model E, and their ICE division will be Ford Blue.

Ford says that these plans will help “compete and win against new EV competitors and established automakers.” They plan to stand out by “accelerating innovation and delivery of breakthrough electric vehicles at scale." They also plan to "develop software and connected vehicle technologies and services for all Ford.”

The move by Ford is unsurprising given the global shift to battery electric vehicles. For a while, plug-in hybrid cars bridged the gap between all-electric and fuel vehicles. But now, most electric cars can easily compete with traditional cars. Concerns about electric vehicle charging, actual range and vehicle maintenance are disappearing. With more people investing in electric cars than ever, it's easy to see why Ford is making the change.

Ford's current electric car range is very small. Most Ford electric cars are mild hybrids with a few plug-in hybrids.  It only has two all-electric vehicles, the Ford E-Transit and Ford Mustang Mach-E. Both are standout vehicles in the electric market. 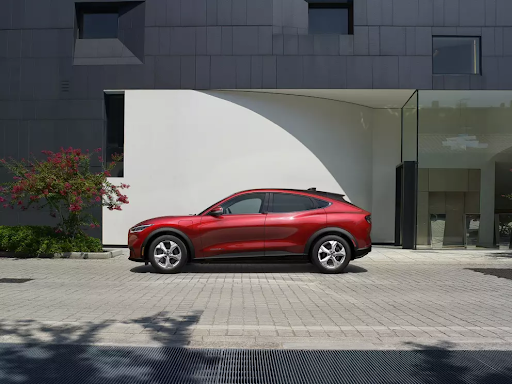 Electric cars are often considered a dull, sensible alternative to diesel or petrol cars. But this one, Ford's Mustang Mach-E, takes the cake for being both unique, stylish and fun to drive. With its iconic name, the Ford Mustang Mach-E is a car that divides opinion, and Ford's announcement of an electric Mustang was met with trepidation. But the Mach-E has received rave reviews across the board, and it's easy to see why.

The sleek design and bold bonnet that evoke the grills of previous iconic Mustangs make the Mach-E look the part. And the battery is no slouch either. Drivers have the option of two batteries: standard and extended range battery, which gives a massive 335-mile range.

If the Mustang Mach-E is anything to go off, the new electric cars from Ford are bound to stand out in the increasingly crowded electric vehicle market.

Discover our complete range of electric cars today and find the perfect lease for you. At Tilsun, we have leases available for both personal and comm